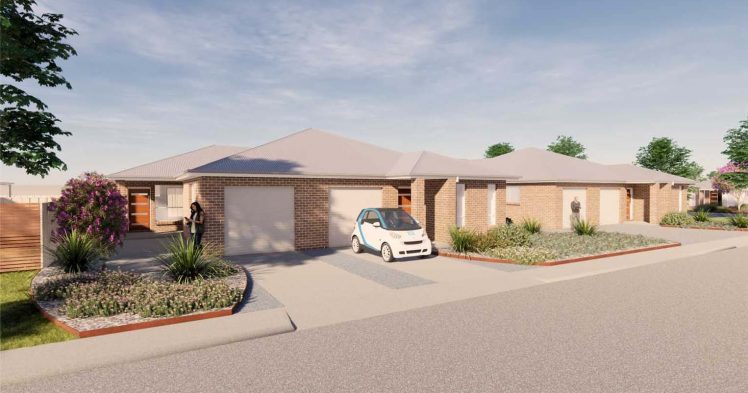 CHIA recently issued a media release stating that regional towns and country areas are being ignored in debates around housing and housing affordability – even though 1 in 3 new social and affordable homes needed in NSW by 2036 are outside of Sydney.

In the Central West, new data coming from the recent Domain rental report shows that Orange has the highest average rent in Central West NSW at $375. This is up 7.1% compared to the same time last year, closely followed by Bathurst at $360 a week and Dubbo at $340 per week.

In the same report, only 15% of available houses were affordable and appropriate for a couple with no children receiving the age pension. Less than 3% of properties were affordable for a single person on an aged pension.

Looking back over the findings from the last decade of Snapshots in Central and Far West NSW, the message is clear: the private rental market has failed to provide affordable housing for Australians on low incomes.

In a move to address this housing crisis, Housing Plus is set to make a significant investment to the Central West and Orana by delivering 220 new affordable homes, with 86 of these homes expected to be built in Orange, and a further 87 and 47 expected to be built in Dubbo and Bathurst respectively. These new homes will target pensioners and young working families.

These new homes will come at a critical time when property prices are rising, and many are turning to renting, with 1 in 3 Australians are currently renting their home. Growth in the economy through mining developments, large infrastructure projects and the loss of rental properties to the tourism sector, puts pressure on an already limited supply of rental properties, with rents increasing.

David Fisher, CEO at Housing Plus, says, “We are delighted to be delivering one of the largest affordable housing programs the Central West region has seen for many years. This is a significant investment by Housing Plus in these cities and shows the commitment we have to supporting the local community and growth in the economy, as well as creating jobs in construction and services in the short term.”

“The solution lies in State, Federal government and local City Councils working together, taking advantage of changes in planning law to create inclusionary zoning and providing support to allow for more affordable housing to be built”

Recent research by UNSW has estimated that some 5,500 new properties are needed across the Central West to meet the expected growth in population.

State of the Industry Report