$684,859 for a domestic violence crisis centre in Orange 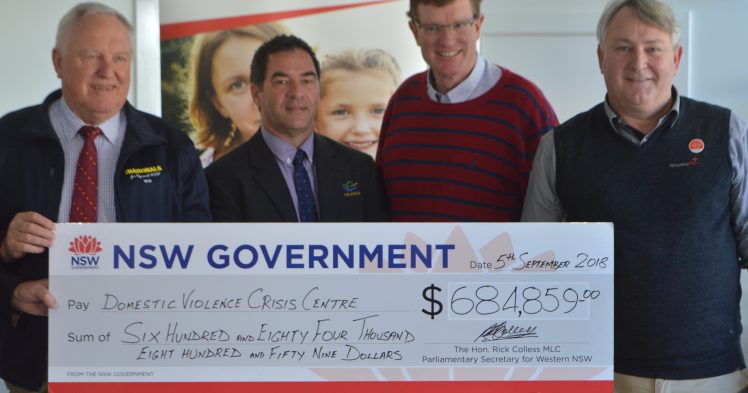 This funding is included in the $1.6M grant, which Orange City Council will receive under round two of the NSW Government’s Stronger Country Communities Fund.

Mr Colless said the money will fund the first domestic violence centre in Orange, which will be a safe haven for those in the community who are being abused in their current homes.

“Many women, men and children in regional communities are victims of domestic abuse and violence – and it simply isn’t safe for them to stay where they are currently living,” Mr Colless said.

“Each month in Orange there are more 130 reports of domestic violence made to the police, making it imperative that support in the form of a crisis centre is provided to these women and children.”

David Fisher, CEO of Housing Plus, said, “We are delighted to receive the support from the Government’s Stronger Country Communities Fund and would like to thank the wider Orange community who have voted online for this important community amenity.”

“Most importantly, it will be a centre where women and children can move to while they rebuild their lives.”

Mayor of Orange City Council Reg Kidd said funding for this centre was imperative, and was a much needed community service locals had been advocating for.

“We want everyone in this community to feel safe and cared for. I am hoping this centre will provide a sense of relief to those who have and are suffering in our community for domestic abuse and violence.”